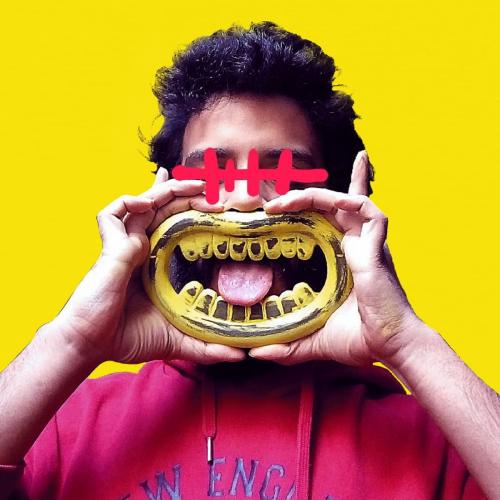 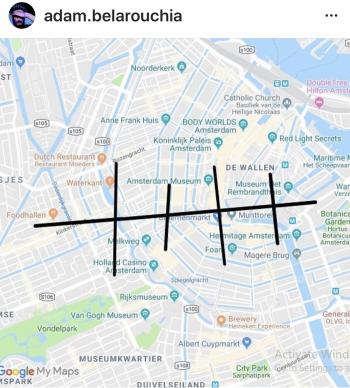 Adam Belarouchia (b. 1993 Rabat Marokko), was selected with Bart Luirink, ZAM Magazine. Belarouchia will during his residency from 15 january till 15 march , focus on the live of Thami Mnyele .
In 2018 Belarouchia was also a resident of the Thami Mnyele foundation. He is familiair with the city Amsterdam and finshed a mural and did a workshop with the Zina Salon. He also produced a city specific work with the dutch artists Marjet Zwaans and left stickers in the city what forms a map of a mark.


Belarouchia is a graduate of the national institute of fine arts in Tetouan. Adam chases after ideas, in concern with the Moroccan urban and subcultures, and expresses them with different mediums, mainly digital ones. He started off creating animated GIFs and illustrations, he then created an animation called "Ana hna" ( I am here ) which won him the short animated movie prize "Grand Prix Aicha" FICAM, Meknes, and a one-month international animation residency in « L'abbaye de Fontevraud », France.

He went on with another project and put his one year at the University of Science of Rabat to good use, and merged between his love of science and art which resulted into the exposition "ch3l dow" ( Light up ) that took place at the cultural centre of Ain Sbaa « L’Uzine », Casablanca. he is now working on his first comic book called «A9oul asmaa» which treat the oppression in the Moroccan primary school. He also appeared on: « Skefkef 8 » Fanzine Rabat, « Halal » Fanzine Paris,« Live Room Urban art expo »’s Collective exhibition, Tangier. « Cervantes » Student Collective exhibition, Tetouan.