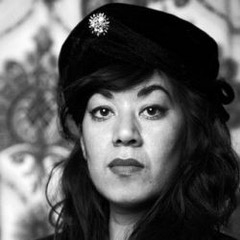 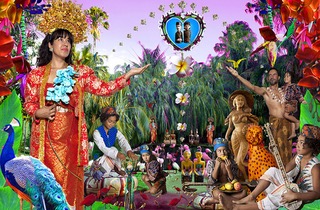 Thania Petersen was born in Cape Town and later moved to the UK with her family when her father was exiled under the apartheid regime. Petersen studied at the Central St Martin’s College of Art in London (2001 –2003) and went on to do apprenticeships in Zimbabwe (2004) with sculptor Sylvester Mubayi and in South Korea (2005) where she trained under ceramist Hwang Yea Sook and participated in the South Korean Ceramic Biennale. Throughout her travels, Petersen remained the resident painter of props and costumes for the London based Yaa Asantewa Arts Group at the Notting Hill Gate Carnival (2000 –2007). 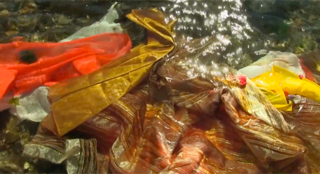 In 2007 Petersen returned to Cape Town where she currently lives and works. Her work often takes the form of self-portraiture, installation, and multi-sensory based performance.

"Through her work, Petersen addresses the identity politics of the problematic term ‘Cape Malay’ or ‘Cape Coloured’, coined by the apartheid regime."

Her practice expands on her Indonesian heritage and her experiences of Islam. She stakes her claim to these heritages, cultures, and histories through the use of costume, defining personas to explore the nuances of her identity.
During her residency at Thami Mnyele Foundation in Amsterdam, Thania will participate in multiple activities in Afrovibes Festival in October.